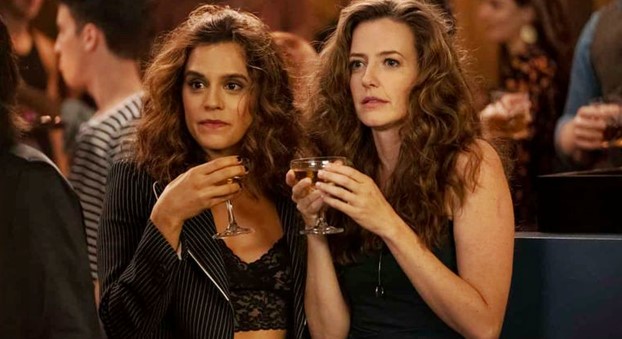 The song was played as Dani’s father is being arrested.

Alice Merton‘s ‘Vertigo‘ is the singer’s latest single. It was released earlier this year and is one in a line of singles not connected to a full-length album. At least yet.

The pounding rock track came with an official music video featuring Merton in a dystopian world that she is trying to escape.

Like most of Merton’s work, as the singer tends to shy away from songs about love, ‘Vertigo‘ deals with her anxiety, this time her anxiety about being in crowds and, in particular, going to clubs and always feeling out of place and claustrophobic.

Listen to Alice Merton’s ‘Vertigo‘ as heard on The L Word: Generation Q in that music video below, and on the Spotify player.

The singer’s music has also been licensed for play on shows like Station 19, Legacies, The Blacklist, Deception, Love Island (UK) and Skam Germany.