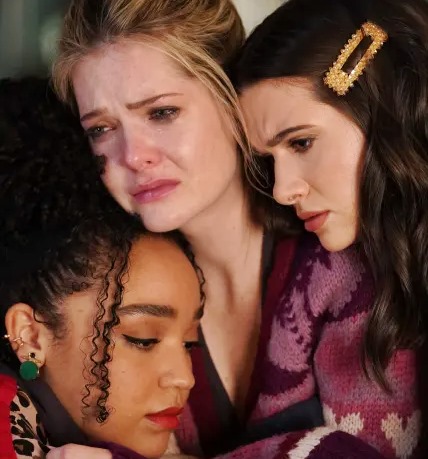 ‘Easy‘ is from Alison Wonderland’s second studio album Awake, which was released in early 2018 via the EMI Music Australia record label.

The 14-track album received two nominations for an ARIA Music Award, was #1 on the Australian Dance Albums chart and ultimately spawned five singles.

‘Easy’ was the fifth single from the album.

Awake was also a success for Wonderland in the United States where it gained the #1 spot on the Billboard Top Dance/Electronic Albums chart.

Alison Wonderland’s ‘Easy‘ is one of just two songs on Awake that were not produced by the singer. The song was written by the Aussie singer, however, after she had an incident where she woke up feeling incredibly depressed and as if she was worthless.

Like any good artist should, she put her feelings down onto paper and into music and nowadays can look back with joy at how much she loves the song she created.

Listen to Alison Wonderland’s ‘Easy‘ as featured on The Bold Type in the track’s music video.

It is the second song she has had featured on the show, as well as one of a slew of songs that have been featured in movies and on TV shows in the last couple of years including The Haunting of Hill House and Locke & Key.

Other cool music on this week’s The Bold Type include this Winona Oak gem.