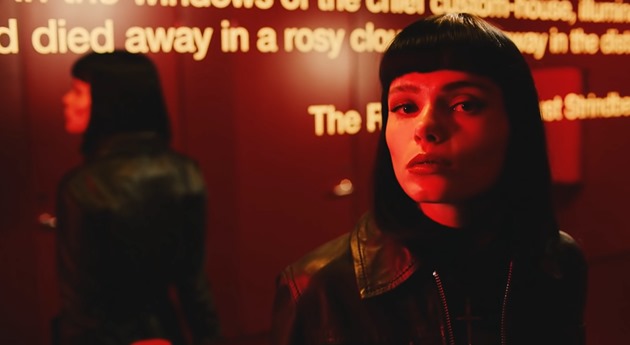 Swedish singer songwriter Winona Oak‘s ‘Break My Broken Heart’ was one of the many cool songs played on the latest episode of The Bold Type this week — The Bold Type, Season 4, Episode 13, “Lost“.

The synth pop track is from Winona Oak’s recently released six-track EP Closure via Atlantic Records. It was her second single.

The song was released in August, 2019, and also came with a powerful music video with the singer on various vibrantly red-infused sets acting out the devastation we all feel when someone we love destroys us.

Prior to this release, Oak was well-known for her collaborations with artists like The Chainsmokers and What So Not.

Oak talked to Billboard about ‘Break My Broken Heart’ saying:

“It made me realize that you have to be brave to love someone with all your heart – and if you don’t take the risk you’ll end up with nothing to lose.

With Closure, Oak cemented her reputation as one of Sweden’s most talented independent artists.

Listen to Winona Oak’s ‘Break My Broken Heart’ from The Bold Type in that official music video below. Keep up-to-date on the singer and her music on her website.