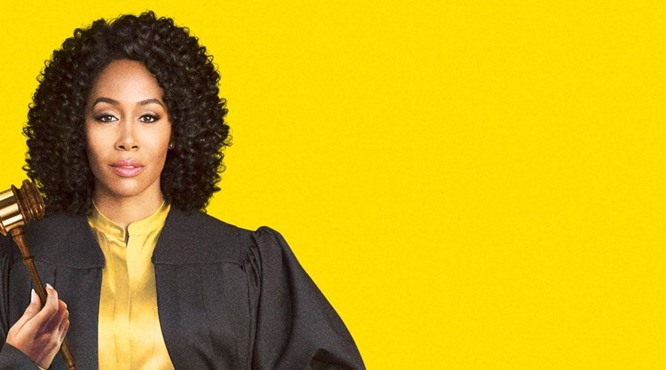 American singer, songwriter, rapper and producer Aloe Blacc’s ‘Same Blood‘ was played on the first episode of the new season of All Rise last night — All Rise, Season 2, Episode 1, “A Change Is Gonna Come“.

The track was heard as Lola defends a teenage girl when a police officer raises his gun during a protest.

Aloe Blacc’s powerful track ‘Same Blood‘ was released by the singer as a single in 2019.

The song itself is about brotherhood and how everyone should support each other as, even though we may have different skin colors, different religions, nationalities, genders or sexual orientations, we are all the same when it comes to what it means to be a human being.

As for Aloe Blacc, aka Egbert Nathaniel Dawkins III, the American artist began his after-college life working for accountants Ernst & Young. He soon realized, however, that his joy was music and that was what should be the purpose of his life.

Aloe Blacc then founded the duo Emanon along with producer Exile. He also began releasing solo work a year later, with his debut album being recorded and released a year later. (continues below…)

It wasn’t until he released his sophomore studio album Good Things, however, that he really began to attract the attention of the music industry.

That album charted in more than a dozen countries, and was certified Gold in three of them. It also made it to #10 on the U.S. Heatseekers Albums chart.

Since then, among many other things, Blacc has collaborated on a couple of hit songs with the late Swedish producer and DJ Avicii, become the guest advisor for a season of The Voice, and released a total of five studio albums.

All Rise is not the first time ‘Same Blood‘ has been featured on a hit TV series either, as it also showed up on Songland when sung by Steve Fee (Fee also wrote the song in collaboration with several other songwriters) and again on The Resident.

Listen to Aloe Blacc’s ‘Same Blood’ as heard on All Rise this week below.