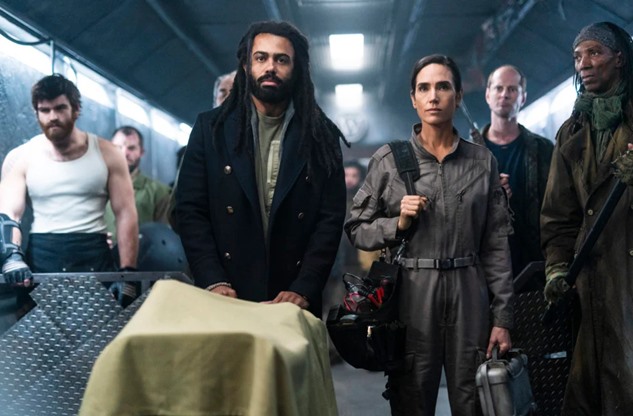 The Middle Eastern group Amira Saqati’s ‘Marrakech‘ was licensed to be played on the sci-fi drama Snowpiercer this week — Snowpiercer, Season 2, Episode 7, “Our Answer for Everything” (the episode aired on TNT on March 8th, 2021).

The Moroccan-beat infused track was played as the background music as Bess is in the bar compartment.


Amira Saqati’s ‘Marrakech‘ is from the Moroccan trance/dub group’s 14-track album Destination Halal, which was released in 2004 via the Barraka record label.

The group Amira Saqati themselves are a side project of four musicians from the music group Aisha Kandisha’s Jarring Effects.

Listen to Tami Neilson’s ‘You Were Mine’ from Snowpiercer, Season 2, Episode 7, “Our Answer for Everything”

The band uses a mix of traditional Moroccan music, rap, synthesizers, music sampling and sound effects to create their unique sound, and has had their music featured on the hit movies Inception and on Sex and the City 2.

Listen to Amira Saqati’s ‘Marrakech‘ as heard on Snowpiercer on their album Destination Halal, as well as in the video below.

And crank it up LOUD — it’s fabulous.