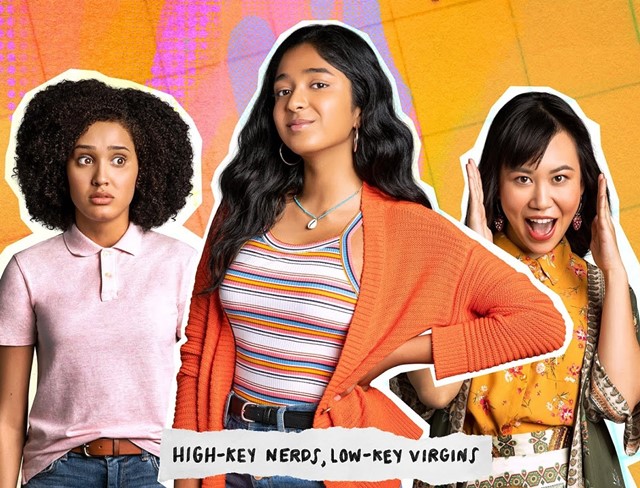 Norwegian electro pop singer songwriter Anna of the North’s ‘Playing Games‘ is being played on the pilot episode of the new Netflix series Never Have I Ever this week – Never Have I Ever, Season 1, Episode 1, “Pilot“.

The song was heard as Devi is talking to her classmate Paxton.

Anna of the North’s ‘Playing Games‘ was released late last year as the fourth single from her sophomore studio album Dream Girl.

The track is superb with its massively addictive dance beat, Anna’s ethereal vocals and a melody that is an absolute earworm.

So much so, while Anna of the North’s audio video of the song did not get that much attention when it was first uploaded to YouTube last October, this week fans of Never Have I Ever heard it on the series’ pilot and immediately headed to YouTube to find the song and play it on repeat.

You can’t really blame them as ‘Playing Games‘ is a helluva powerful song. A song with a female vocalist completely in control of the relationship she is in. For once.

As for Never Have I Ever, it is one of a slew of superb Asian-centered drama series released this month, as well as another hit series from Mindy Kaling. This time in collaboration with Mindy Project writer Lang Fisher.

Anna of the North herself is a Norwegian singer songwriter who released her debut album in 2017.

Since then she has come to the attention of Tyler, the Creator who she performed live with on The Late Show with Stephen Colbert. She has also had a second single ‘Lovers‘ featured on the Netflix hit To All The Boys I’ve Loved Before.

Listen to Anna of the North’s ‘Playing Games’ from Never Have I Ever in both the audio video below and in the music player below that.

Related: Listen to Cannon’s ‘Fire For You‘ from Never Have I Ever — it’s a bop!