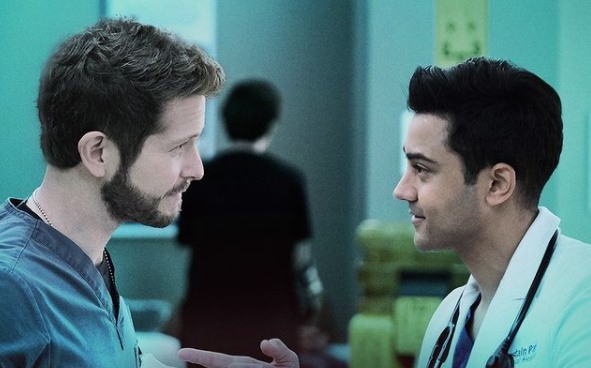 Norwegian singer songwriter Anna of the North‘s music is popping up on TV more and more in recent years. So much so, Anna of the North’s ‘Someone Special‘ was one of the tracks featured on the Fox medical drama series The Resident last night — The Resident, Season 4, Episode 2, “Mina’s Kangaroo Court“.

Her song was the track playing as Nic tells Conrad she is pregnant, and continues as the pair tell each other what awesome parents they are going to be.


Anna of the North’s ‘Someone Special‘ is the third single the Norwegian singer released in 2020. It is from her five-track EP Believe.

As for Anna of the North, the moniker started out in 2014 as the name of an electropop/dreampop duo comprising Anna Lotterud and producer Brady Daniell-Smith.

The pair stayed together releasing several singles and a debut album — Lovers — in 2017.

Anna of the North’s ‘Believe’ cover is a slow, dreamy, gorgeous version of the Cher classic (music video)

Since she became a solo act, Anna of the North has not only amassed even more songs, she has also come to the attention of more and more TV show music supervisors.

To the extent, her songs have been featured on series like Catfish: The TV Show, This Way Up, Siesta Key, Never Have I Ever and, this year, The Resident.

Listen to Anna of the North’s ‘Someone Special’ as heard on The Resident on Spotify and on the song’s official music video below.

Possibly proving to herself, and to everyone watching, she is indeed ‘someone special’.