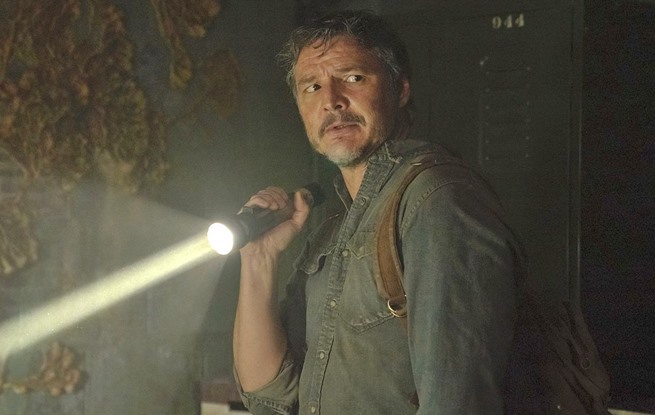 Canadian indie rock/pop rock singer songwriter Avril Lavigne’s ‘Tomorrow‘ was that song playing on the first episode of the new post-apocalyptic series The Last of Us as Sarah is making breakfast — The Last of Us, Season 1, Episode 1, “When You’re Lost in the Darkness“.

Avril Lavigne’s ‘Tomorrow‘ is one of the tracks from the singer’s debut studio album Let Go, which came out in June, 2002 and catapulted the young singer to superstardom.


The album spawned six hit singles (‘Tomorrow‘ wasn’t one of them), and went on to become one of the most successful albums of the year, eventually being certified 7 x Platinum in the U.S. alone., Diamond in Canada and several times Platinum in nine countries.

Let Go made it to #1 in six countries, including the United Kingdom, and eventually charted high in 25 countries.

In the United States, Let Go peaked at #2 on the Billboard 200 chart and was nominated for a Gramm Award for Best Pop Vocal Album eventually losing out to Norah Jones’ Come Away with Me.

‘Tomorrow‘ was one of the less popular songs on the album, but that hasn’t stopped the cool track earning almost 23 million plays on Spotify alone.

Listen to Avril Lavigne’s ‘Tomorrow‘ as heard on the first episode of The Last of Us on the singer’s debut studio album, and in the video.

The Last of Us is airing on HBO.

RELATED: Depeche Mode’s ‘Never Let Me Down Again‘ is that cool song playing at the end of Episode 1 of The Last of Us