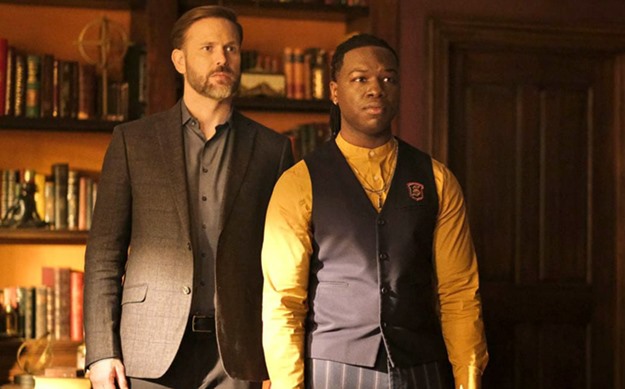 The British folk rock band Bear’s Den’s song ‘Only Son of the Falling Snow’ was one of the tracks played on Legacies this week — Legacies, Season 3, Episode 2, “Goodbyes Sure Do Suck“.

The beautifully titled ‘Only Son of the Falling Snow‘ is a single from the band’s EP of the same name, released in 2019 via Communion Group.

It is one of six EPs released by the London based band, along with four full-length albums and a number of singles. Their latest release was their fourth album Fragments, which arrived in September, 2020.

Bear’s Den was founded in London in 2012, originally as a trio.

Nowadays, however, it comprises lead vocalist Andrew Davie, who also plays acoustic and electric guitars, and Kevin Jones drummer, guitarist and singer. (continue reading and listen to ‘Only Son of the Falling Snow‘ after the promo…)

Listen to Saint PHNX’s ‘Scream’ from Legacies, Season 3, Episode 2, “Goodbyes Sure Do Suck”

In the last few years, the band has been on tour in North America and in Europe several times in support of luminaries like The Staves, Ben Howard, Mumford & Sons, Daughter and Nathaniel Rateliff.

Their beautiful songs have also been earning an ever growing interest for licensing on hit TV shows, with appearances on shows like Marvel’s Agents of Shield, Royal Pains, Made in Chelsea, The Royals, Parenthood, Grey’s Anatomy, Reign and Catfish: The TV Show.

Listen to Bear’s Den’s ‘Only Son of the Falling Snow‘ from last night’s Legacies in both the video and on their recent EP. Check out their full library of songs on Spotify as well, as there are some absolute gems.