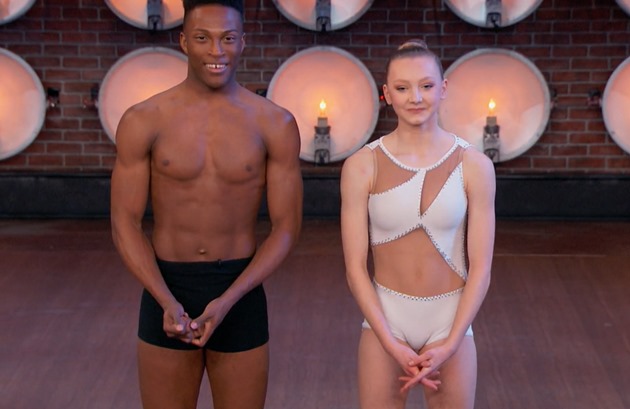 Electro pop singer Billie Eilish’s ‘When The Party’s Over’ is the song ballet duo Styles and Emma danced to on the World of Dance qualifier 2 episode last night (the episode aired on June 2nd, 2020).

Their gorgeous dance gave them an immediate acceptance into the next round, with all three judges saying their performance was stunning, their lines were beautiful and with J. Lo commenting their dance was far too short and that it gave her “the goosies” she loved it so much.


The track is from Billie Eilish‘s massively successful debut album When We All Fall Asleep, Where Do We Go?, which was released in March, 2019 on Interscope Records to both critical and fan acclaim.

The song itself was the second single released from the album and charted in a huge number of countries, including the U.S. and United Kingdom where it ended up at the #3 spot on the Billboard Alternative Digital Songs chart and #21 on the UK Singles chart.

In the year since the album’s release, Billie Eilish has won four Grammy Awards, her debut album became the best performing release in the United States that year and the album itself hit the top of the charts in 22 countries and high up on the charts in even more.

Not bad for an electro pop singer songwriter that is not yet 20 years old.

The album was also at the top spot in the year-end charts in five countries including the U.S., and has been certified Platinum, double, triple or quadruple Platinum in 13 countries. Thus making Eilish one of the most sought after artists of her generation.

Listen to Billie Eilish’s ‘When The Party’s Over‘ as danced to by the stunning Styles and Emma on World of Dance this week in the song’s official music video.

Then wait with bated breath for their next performance as, if their audition is anything to go by, it is likely to be just as stunning.

Related reading and listening:  Listen to Billie Eilish and Khalid’s ‘Lovely‘ as danced to by Oxygen on World of Dance