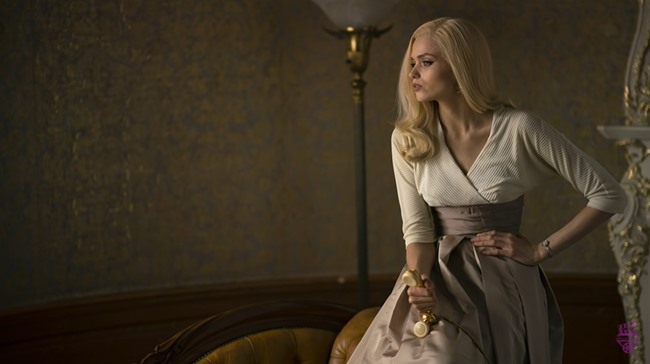 It’s wonderful how, even more than 60 years after her death, Billie Holiday’s music is still often featured in hit TV series and movies.

The song was heard as Christina is resurrected after being beaten and killed by the men she pays, and as Ruby walks in on Lettie.

As for Billie Holiday’s ‘Stormy Weather‘, it is a song that is quite indicative of much of the jazz singer’s life and of how she related to men.

Holiday was born in 1915 to a single mother who had been kicked out by her parents after they discovered she was pregnant. Throughout her childhood then, Billie Holiday often lived in poverty.

With her mother taking jobs that meant she had to travel away from home on the railway lines, however, Holiday spent most of the first 10 years of her life being taken care of by her mother’s half-sister’s mother.

After an attempted rape when Holiday was just 11-years-old, she was sent to the House of the Good Shepherd under protective custody as a state witness against the man who tried to rape her.

When she was allowed to leave at the age of 12, she took a job running errands for a brothel. By age 13, Holiday herself was a prostitute, following along in the footsteps of her mother who had also become a sex worker. (Article continued below…)

From then on,  even when she eventually had a career as a jazz singer, Holiday went through her life living with and depending on one man after another — most of whom abused or betrayed her, and many of whom helped her get the hard drugs she became addicted to

That is why the lyrics to Billie Holiday’s ‘Stormy Weather‘ are so sadly appropriate to her life:

All I do is pray the Lord above will let me walk in the sun once more
Can’t go on, every thing I had is gone
Stormy weather
Since my man and I ain’t together
Keeps rainin’ all the time

Because, having been brought up the way she was, Holiday often seemed to put more faith in the men in her life than she ever should have, and seemed to feel like nothing without them.

Men who, more often than not, did nothing but disappoint.

Listen to Billie Holiday’s ‘Stormy Weather‘ on the album An Evening with Billie Holiday below. It is a sad song, and one that has more than stood the test of time.