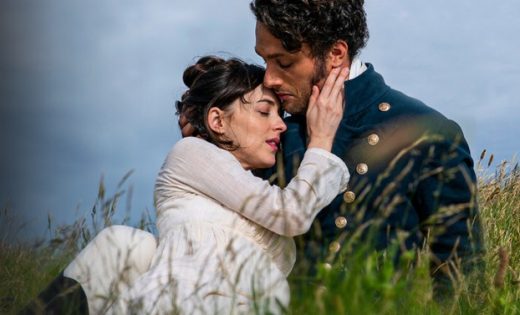 I’ll start this by saying I stopped watching Netflix’s Persuasion less than an hour into it, as it really is utterly and absolutely dreadful.

Especially for anyone who loves the original Jane Austen book.


After all, when you attempt to copy the hit series Bridgerton, but then produce something that isn’t interesting, funny or smart, as Austen’s writing always is, as well as present us with the worst, most annoying Anne Elliot of all time, I have better things to do with my time than have it taken up with this.

That being said, one of the few nice things about Persuasion I did like was a song written by English singer songwriter Birdy.

Birdy’s ‘Quietly Yours‘ was written specifically for Persuasion, and is a lovely, piano-driven, romantic ballad that fits the real Anne Elliot’s feelings, ie: not the one in this movie travesty.

Listen to Birdy’s ‘Quietly Yours‘ as heard on Persuasion in the video below.

It is one of several songs Birdy has created for films, with original songs from the English singer also appearing on The Fault in Our Stars (her song ‘Not About Angels‘ is devastatingly beautiful) and Pixar’s Brave.

Watch Persuasion, if you must, on Netflix.

But if you’re still on the fence, read this review from the UK’s The Spectator.

Titled “Everyone Involved Should Be in Prison“, it quickly explains why this utterly dreadful film should have never been allowed to see the light of day.