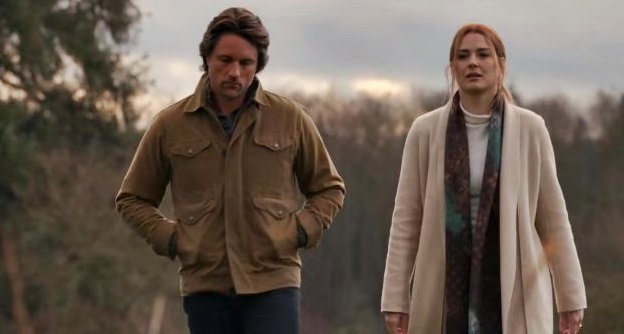 The song was heard as Sheriff Duncan arrives in the bar and tells everyone whose body was discovered in the woods and it turns out it was Leo’s.

Black River Delta’s ‘Troubled Roads’ is from the band’s debut studio album Devil on the Loose, which was released in 2016 via the Radicalis Music label.

The band members themselves are from Bollnäs in Sweden. The band was founded in 2014 by friends Erik Nilsson and Pontus Ohlsson. (continue reading and listen to Black River Delta’s ‘Troubled Roads‘ below…)

Since then, the guys have released an EP, several singles and a second album, all of which feature the saw raw yet rich sound.

You can listen to Black River Delta’s ‘Troubled Roads’ as heard on Virgin River in the video and on the Spotify player below.

Virgin River itself is currently streaming on Netflix.