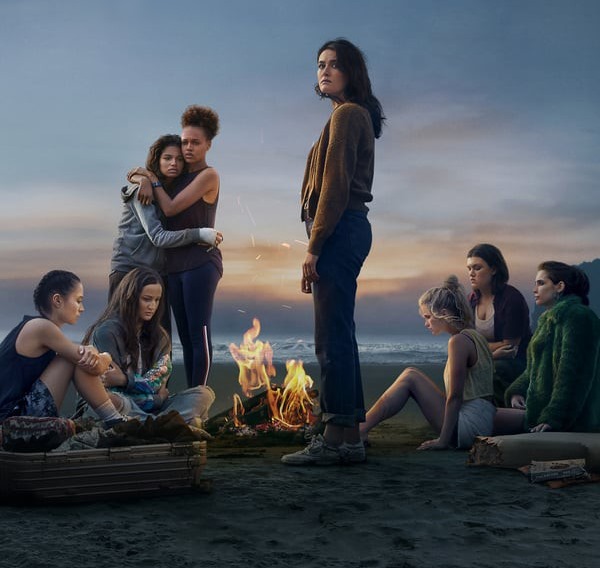 British indie rock duo Bones UK’s ‘Pretty Waste‘ was one of the songs featured on the new Amazon Prime exclusive series The Wilds this week — The Wilds, Season 1, Episode 1, “Day One“.

The song is from Bones UK’s debut studio album of the same name. An album that was released in 2019 via Sumerian Records.

The women first got together as a music project when they met in Camden Town, London in 2012, but initially played under the name Fake Club.

By 2015, their name had been changed to Bones UK, the band members had grabbed the attention of iconic British rock guitarist Jeff Beck, and gone on tour with him.

Soon after they moved to Los Angeles to pursue their music careers, as they felt their music fit better in American than in the UK.

Since then, they have written Beck’s album Loud Hailer, released a slew of singles, some music videos and, eventually, their debut studio album.

Bones UK’s ‘Pretty Waste‘ was liked by so many in the music industry, it was eventually nominated for a Grammy for Best Rock Performance.

Not a surprise as those quintessentially British-accented vocals are very cool, and the song quickly worms its way into your brain. (continue reading and listen to Bones UK’s ‘Pretty Waste‘ after the promo…)

Filmed in black and white, it has Vandenburg playing the guitar, Bones singing and both women dancing and looking as badass as they can possibly get.

Listen to Bones UK’s ‘Pretty Waste‘ as played on the first episode of The Wilds in that video and on their debut album in the Spotify player.

There is also an excellent interview with them on Cryptic Rock you should read.

All 10-episodes of The Wilds are now streaming on Amazon Prime.