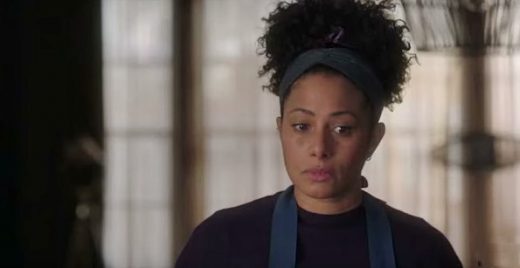 I have been a fan of Bruno Mars since a Thai friend who was working on promotion for his Bangkok concerts gave me one of his promo CDs.

At that point, I didn’t know much about him, but listened to the album and fell in love.

The Grammy-nominated reggae-influenced song, by the way, was the one Regina starts everyone singing to in the sing-a-long.

And, just in case you didn’t know, Bruno Mars’ ‘Locked Out of Heaven‘ is the lead single from his sophomore studio album Unorthodox Jukebox.

It is also a song Mars himself has said he wrote after being influenced by the music of the British group The Police.

READ: I love that Louis Armstrong’s ‘A Kiss to Build a Dream on‘ was played on A Million Little Things

Something you can tell the minute you first hear the song, as Mars’ vocals on it sound like a lighter version of The Police’s then-lead singer Sting, and the song itself has such an updated ‘Police feel’ to it.

Listen to Bruno Mars’ ‘Locked Out of Heaven‘ as heard on A Million Last Things in the official music video for the song — a video that has more than 837 million plays on YouTube — and on the singer’s Unorthodox Jukebox album.

Season 4 of A Million Little Things is now airing on ABC and via Hulu.