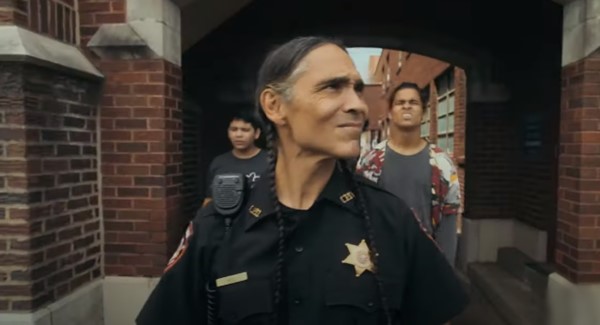 The song was played as Uncle Brownie is meeting with the gang.

Canned Heat’s ‘Poor Moon‘ is a bonus track from the band’s 2001 CD remaster of their fourth studio album Hallelujah, which was originally released in 1969.

The song was written about the band’s concern over environmental issues, and how mankind does not seem to care about the world it lives in as it sets off nuclear weapons, destroys the oceans and pollutes the environment.

To the point that, when the earth has been destroyed the same people will then move onto the moon.

‘Poor Moon‘ was written by co-founder and then co-lead vocalist and guitarist Alan Wilson.

Wilson, who was a dedicated conservationist, tragically died at the too young age of just 27 of an accidental drug overdose. The singer had suffered from depression for many years and attempted suicide only months before he died.

To this day then, it has not really been properly established if Wilson’s death was accidental or deliberate.

Listen to Canned Heat’s ‘Poor Moon‘ from last night’s Reservation Dogs in the video, and on the band’s album Hallelujah.

Reservation Dogs ended its first season yesterday but, don’t worry, the superb show has already been greenlit for a second season, so it’s not all over yet.