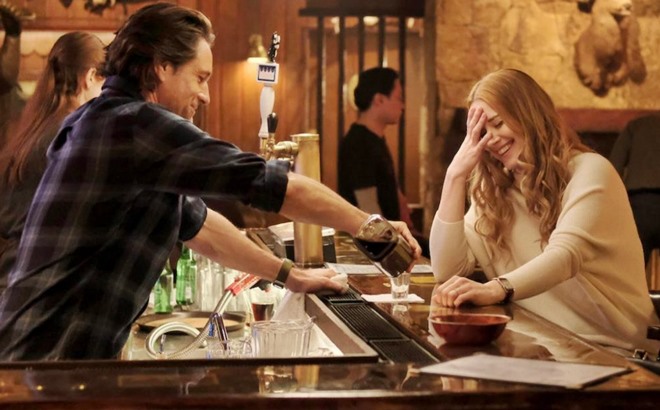 The gorgeous soul and gospel-tinged song was heard on the episode as Mel and Jack are outside her door and begin kissing.


Charlotte OC’s ‘Where It Stays‘ is from the indie singer’s 2017 sophomore studio album Careless People. (Listen to the album in full below).

It has also been a popular track with TV show Music Supervisors, as the song has been licensed in the past for Grey’s Anatomy and The Royals — and grabbed fans’ attention on both.

Charlotte OC herself has been performing professionally since she was in her late teens, and was signed to Columbia Records when she was just 18.

Not surprising, however, as her voice is huge, rich, powerful and gorgeous and her songs are always standouts.

Since then, she has released four EPS (her latest EP Oh the Agony, Oh the Ecstasy hit shelves earlier this year), two studio albums and a plethora of singles. (continue reading below…)

Listen to Tom Rosenthal’s ‘Hugging You’ from Virgin River, Season 2, Ep. 3 and watch his lovely video

Listen to Charlotte OC’s ‘Where It Stays‘ as heard on Virgin River in both the video below and on her album Careless People.

Virgin River is based on the novels by Robyn Carr and stars Alexandra Breckenridge, Martin Henderson, Colin Lawrence, Jenny Cooper and Tim Matheson.

The first two seasons of the series are streaming now on Netflix.