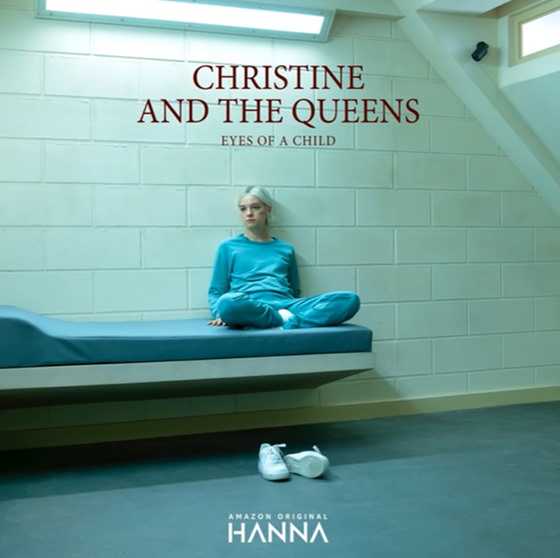 French singer songwriter Christine and the Queens’ ‘The Eyes of a Child‘ was featured on the new season of the Amazon Prime series Hanna this week — Hanna, Season 2, Episode 1, “Safe“.

The song is taken from the original Hanna: Season 2 soundtrack and is Christine and the Queens’ third single release this year so far. The other two singles are from her EP La vita nuova.

The full name did used to be attached to Chris and the group of drag queen musicians that accompanied her when she performed and who then ultimately became her backing group.

In recent years, however, those drag queens were left behind as Letissier’s career and quest for growth outgrew them.

Letissier herself still performs under the original name although, as much as she now seems to have gravitated to using only Chris, that is likely to change.

To me, Christine and the Queens’ ‘The Eyes of a Child‘ is obviously pretty but the melody is quite repetitive and so does not develop as fully as it should have done. Many of the show’s fans and fans of Chris herself seem to like it though, so it will probably be one of the more popular songs from the soundtrack.

There is no denying whatever your thoughts on the song, however, that Letissier’s voice is beautiful here.

You can listen to Christine and the Queens’ ‘The Eyes of a Child‘ from the Hanna: Season 2 soundtrack below.

Related: Christine and the Queens singing ‘People, I’ve Been Sad‘ live on Skavlan is stunning