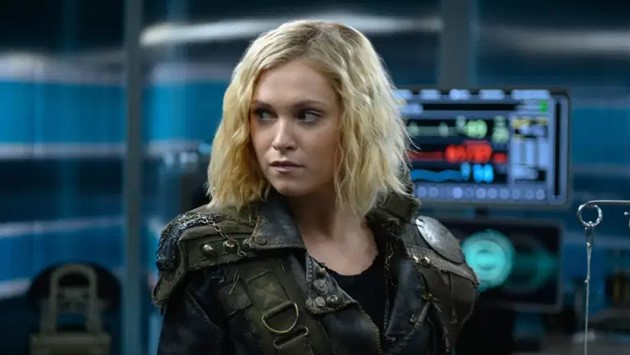 Electronic synth pop band Chromatics’ ‘Into The Black‘ was featured on the latest episode of The 100 this week — The 100, Season 7, Episode 8, “Anaconda“.

The track was heard during the last scene.


Chromatics’ ‘Into The Black‘ is a cover of the popular Neil Young song ‘Out of the Blue and Into the Black‘.

It was the second song released from the band’s fourth studio album Kill for Love, which itself was released in 2012 on the Italians Do It Better record label.

At the end of 2012, the Johnny Jewel-produced album ended up on a slew of music critics’ Best 0f 2012 lists including those from BBC Music, The Guardian, The Line of Best Fit, Drowned in Sound and Consequence of Sound.

The album also made it onto the charts in Belgium, Norway, the Netherlands and the United States with its top ranking at #4 on the Billboard U.S. Heatseekers Albums chart.

Interestingly, Chromatics released a second version of Kill for Love just two months later — this one with 11 of the original 16 songs and with every song on the album as a drumless version.

As for Chromatics’ ‘Into The Black‘, along with its latest feature on The 100, the song has also been licensed for the soundtracks of 13 Reasons Why, Mr. Robot, Riverdale, Covert Affairs, Revenge and Six.

Listen to Chromatics’ Into The Black‘, this time from The 100 in the official music video below.

You can also hear the song on their studio album Kill For Love in the Spotify widget below that.