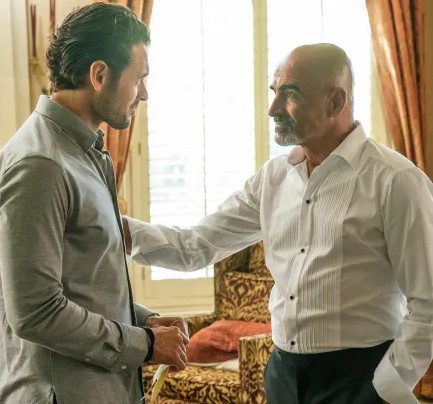 Australian indie electro pop band Confidence Man’s music doesn’t pop up that much on the soundtracks of TV shows I’m watching. But, when it does, what they offer is pretty damned stellar.


That track was heard playing as Thony is cleaning, and as Arman is having to ask the wedding guests for money for the newly married couple after Hayak insisted it was an Armenian custom.

Confidence Man’s ‘Catch My Breath‘ was released in 2018 on the band’s debut studio album Confident Music for Confident People.

That album came out on the British indie label Heavenly Recordings.

Since its release, Confidence Man has seen many of the tracks from the album licensed for play on popular television shows, including Shameless, The Resident, Reef Break, Dietland, To All The Boys I’ve Loved Before, Everything’s Gonna Be Okay, Anonymously Yours and now The Cleaning Lady.

Listen to Confidence Man’s ‘Catch My Breath’ as heard on The Cleaning Lady on the band’s Confident Music for Confident People album, and in the video.

The upbeat dance track is pretty repetitive, with the lyrics “Please, let me catch my breath‘ just about the only lyrics in the song. That being said, it is catchy.

You can hear more tracks from last night’s episode of The Cleaning Lady on Leo Sigh.