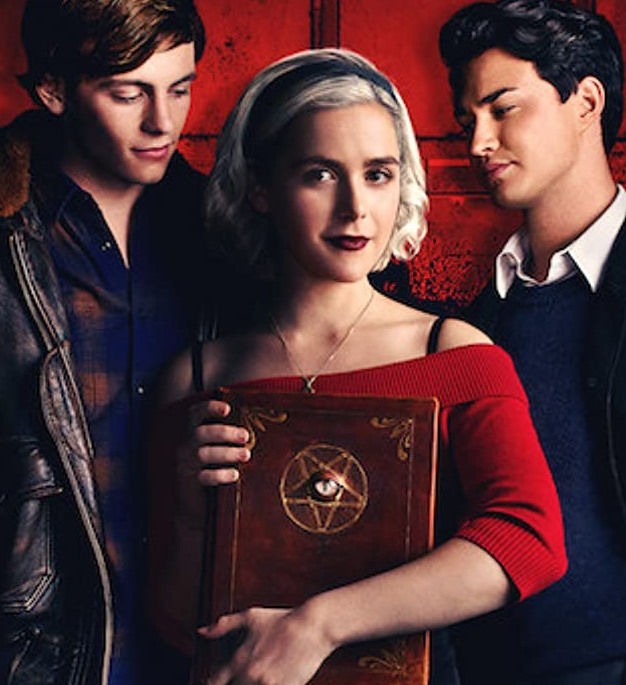 The perfect song played on Episode 3 of Season 4 of Chilling Adventures of Sabrina during the scene where Sabrina decides it’s probably not a good idea to build-a-boyfriend.

That guitar-driven song was English singer songwriter Coyle Girelli’s ‘Something Strange in the Night‘ and, with lyrics like:

you couldn’t have asked for a more descriptive or more fitting song for that scene.

Coyle Girelli’s ‘Something Strange in the Night‘ is from the artist’s debut studio album Love Kills, which was released in 2018 via the Honey Lemon Records label.

The dark-sounding album was a critical hit upon release, with some critics comparing Girelli’s voice to that of Elvis. (listen to Coyle Girelli’s ‘Something Strange in the Night‘ after the promo…)

Girelli himself also founded indie band The Chevin, which immediately became popular at music festivals all over North America and Europe.

The world of music being licensed for hit TV shows has not discovered much of Girelli’s work yet, however, with ‘Something Strange in the Night’ featured on Chilling Adventures of Sabrina only the second time his music has been chosen.

With that gorgeously dark sound, it is hardly likely to be the last.

Listen to Coyle Girelli’s ‘Something Strange in the Night‘ as played on Chilling Adventures of Sabrina in the video and on his debut album below.

The final season of Chilling Adventures (and all the previous seasons)...can currently be watched on Netflix.