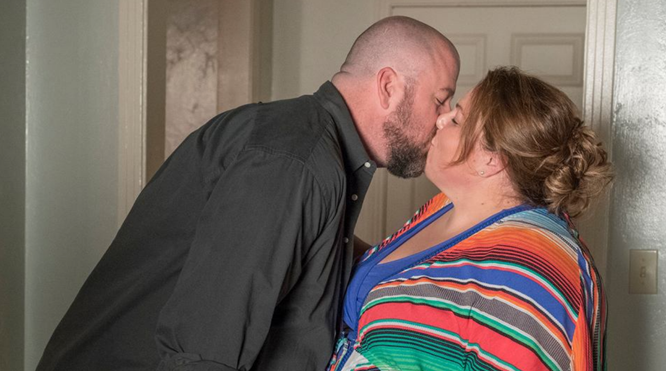 American indie rock singer songwriter Damien Jurado’s ‘Throw Me Now Your Arms‘ was played on last night’s episode of the drama series This Is Us –– This Is Us, Season 5, Episode 5, “A Long Road Home“.

A show that often licenses music from artists that are not so mainstream, and something that makes me enjoy that show even more.

‘Throw Me Now Your Arms‘ was played at the end during that lovely scene as Kate and Toby are watching Airplane!

Damien Jurado’s ‘Throw Me Now Your Arms‘ is from the Seattle, Washington native’s 18th studio album In The Shape of a Storm, which was released in 2019 via Mama Bird Recording Co. and British indie label Loose.

Jurado has been releasing music since the mid-1990s when he began releasing his recordings on his own cassette label. That brought him to the attention of Sub Pop Records.

Since then, Jurado has recorded an enormous number of albums, EPs, singles, as well as collabs with other artists, many of which were critically acclaimed.

The singer songwriter’s music has also been licensed for a slew of hit TV shows, including One Tree Hill, Shameless, Parenthood, Midnight, Texas, SEAL Team, Wild Wild Country, Tumbledown (many times), The Blacklist, Grey’s Anatomy and 13 Reasons Why.

He has also produced music for artists like Shelby Earl, Joel Walter and Ben Fisher. (continue reading and listen to Damien Jurado’s ‘Throw Me Now Your Arms‘ after the promo…)

Listen to Roo Panes’ ‘My Sweet Refuge’ from This Is Us, Season 5, Episode 2, “Forty: Part Two”

Listen to Damien Jurado’s ‘Throw Me Now Your Arms’ as heard on This Is Us in both the video and on his 2019 album In The Shape of a Storm below.

The song’s gorgeous lyrics talk about people should never be alone, and how he would give up his life for the person he loved if it was necessary.