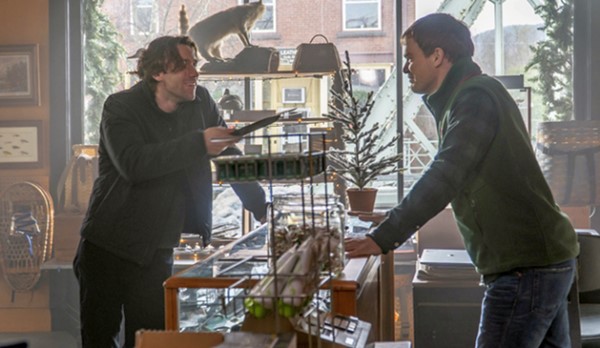 The song was playing as Dexter pulls into the small upstate New York town he now lives in.

Dan Auerbach’s ‘King of a One Horse Town‘ is from the singer’s sophomore solo studio album Waiting on a Song, which was released in June, 2017 via Auerbach’s own record label Easy Eye Sound. It was the label’s first official release.

While not a huge success for the rock musician, Waiting on a Song did chart in 14 countries, with its highest placing at #11 in Belgium. It also made it to #41 on the Billboard 200 chart in the U.S.

The song also came with a music video featuring a man walking around a rundown almost deserted town out in the middle of nowhere, sliding down a playground slide, eating a burger, dancing and generally enjoying himself.

Proving that, even if you live in a ‘one horse town’, you can still enjoy life.

Listen to Dan Auerbach’s ‘King of a One Horse Town‘ as heard on last night’s episode of Dexter: New Blood in the song’s official music video, and on the singer’s Waiting on a Song album.