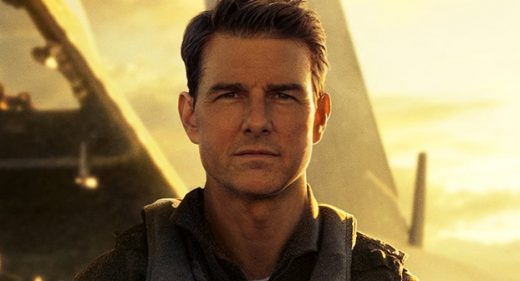 A song that was played in the film as Maverick arrives at the Penny’s bar.


The song is the title track and the lead single from Bowie’s 15th studio album, which was released in early 1983 via the EMI record label.

The album was produced by Chic co-founder Nile Rodgers, and became an enormous commercial success for the iconic singer.

It was also the album that made David Bowie a worldwide superstar.

No wonder really, as Let’s Dance hit charts in 16 countries, and hit #1 on charts in nine countries including the United Kingdom.

The Let’s Dance album was also certified Silver, Gold or Platinum in more than 10 of these countries, and was eventually nominated for a Grammy Award in the Album of the Year category.

Bowie’s ‘Let’s Dance‘ single also spawned a music video that was played in heavy rotation on MTV, which helped push the song to even bigger success.

Listen to David Bowie’s ‘Let’s Dance’ as heard on Top Gun: Maverick in the song’s official music video. It has Bowie performing the song in an out-of-the-way bar somewhere in the Australian Outback.

The singer decided to film the music video for his first single from the Let’s Dance album in Australia, as he wanted to draw the public’s attention to the racism perpetrated against the country’s indigenous people.

You can also hear the catchy track on the remastered version of the album (below), which came out in 2018 to celebrate the 35th anniversary of its release.

RELATED: Listen to One Republic’s ‘I Ain’t Worried‘, as heard on the Top Gun: Maverick soundtrack