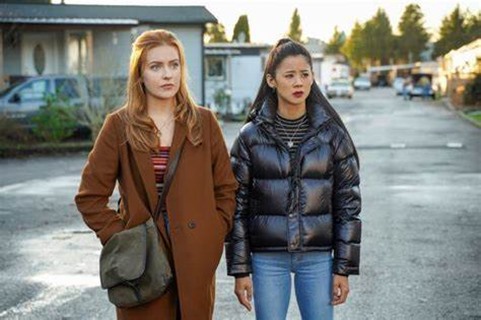 British indie pop duo Demons of Ruby Mae’s ‘Beneath the Surface‘ was licensed for play on The CW’s drama Nancy Drew last night — Nancy Drew, Season 2, Episode 9, “The Bargain of the Blood Shroud“.

The track was played during the montage as Nancy is comforting Gil and Ace is comforting Amanda, and as Ace receives a text from the person he thinks may be his brother.


The Manchester, UK based Demons of Ruby Mae’s ‘Beneath the Surface‘ was a single from the duo’s self-titled debut studio album, which was released in 2018 via the AntiFragile Music record label.

The song also came with an official black and white music video featuring both members of the pop duo out on a dark dimly-lit street.

Listen to Demons of Ruby Mae’s ‘Beneath the Surface‘ as heard on Nancy Drew on the duo’s debut album and in that official music video.