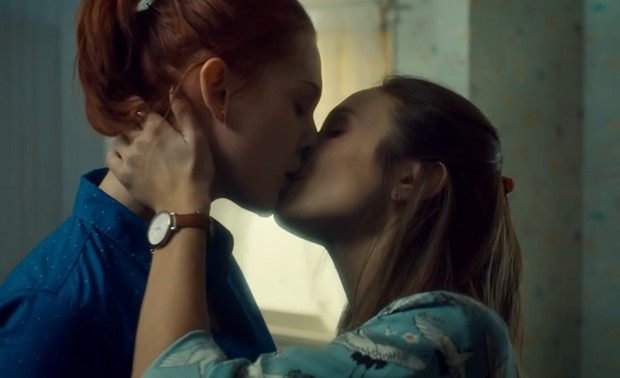 The song was played during the Wayhaught (Waverly Earp and Nicole Haught) marriage proposal — one of the most emotional scenes Wynonna Earp has had, a long time coming, and a song that was simply perfect for it.


The original version of’All In‘ was released by Desirée Dawson in 2019 as a stand-alone single. A song made even more beautiful due to her gorgeously husky voice.

It was re-released in a fabulous live acoustic version of the song on the Canadian singer’s full-length album Wild Heart (Live from Blue Light Sessions). An album that hit shelves earlier this year.

Listen to the original of Desirée Dawson’s ‘All In’ as played during that fabulous Wayhaught marriage proposal scene in the song’s official music video, and the lovely live version on her Wild Heart album in the Spotify player below that.

And do not miss watching a quick recap of just a little bit of the complicated history of Wayhaught in the superb ‘A WayHaught Love Story‘ video created by Syfy.