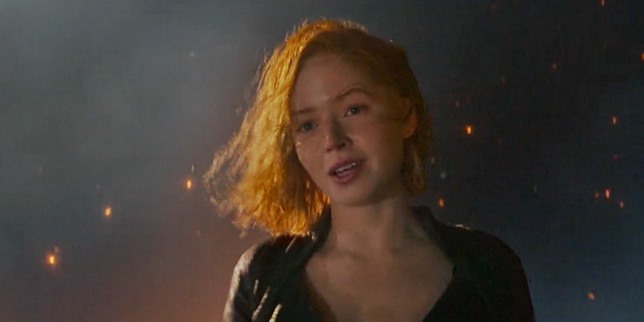 The woke travesty that is Willow finally ended its first season last night and, yes, I only watched it by fast forwarding through most of it as, yet again, while the show itself is primarily schlock (come on, it would be nice if even half of them could act), most of the music used on its soundtrack has been quite stellar.

Songs like Dire Straits’ ‘Money for Nothing‘, which was that fabulous song played over the final scene and then over the full end credits.


Dire Straits’ ‘Money for Nothing‘ is one of the biggest hits the now defunct British rock band had during its 16 years of existence.

The song was released in 1985 as the second single from the band’s sophomore studio album Brother in Arms, and went on to become the band’s most successful release.

The track charted at #1 on three charts in the U.S., including the Billboard Hot 100, as well as #1 in Canada, and in the Top 10 in charts in six other countries.

It was ultimately certified Gold in Canada and New Zealand, and Platinum in the UK, Denmark and Italy.

‘Money for Nothing‘ is a song that is written from the perspective of two working class men watching MTV and talking about the songs and the musicians in the videos, commenting that the music world is a get-rich-quick scam, but begrudgingly admitting it is a good one:

Of course, the song had its critics even back when it was released, as the lyrics of the song included the word “faggot” several times, with some activists trying to get radio stations to stop playing the track.

But, as Dire Straits’ lead singer Mark Knopfler said, the track was written from the perspective of a working class guy he had heard in a store in New York, and that is the type of language that was used.

So Knopfler used it — in a non-hateful satirical way.

Thus, like all forms of artistic expression, it is protected, artistic speech and an integral part of the song.

Nowadays, the unedited version of Dire Strait’s ‘Money for Nothing‘ has almost 400 million plays on Spotify alone, so it is likely few people agree with the would-be censors. Even now.

Listen to Dire Straits’ ‘Money for Nothing‘ as heard over the end credits of Willow on the band’s Brothers in Arms album, and in the song’s official music video.

An animated video that went down in history as the first video to ever be aired on MTV Europe, and a damn good video at that.