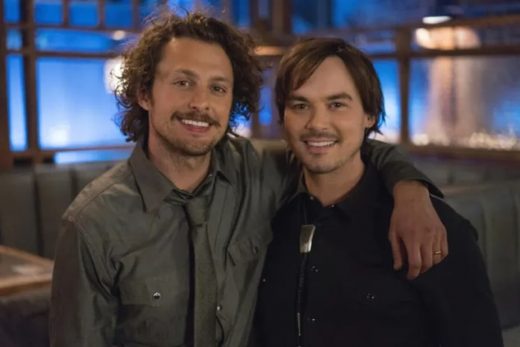 The song was played at the Malex wedding, and later when Michael plays the song for Alex. And yes, it was a perfect song for that lovely ceremony and for the happy ending the two men finally got.


Edwin McCain’s ‘I’ll Be‘ was released in 1998, and has since gone on to become the indie singer’s signature song.

The song was the first single from his sophomore studio album Misguided Roses.

It charted in both Canada and the United States, with a Top 10 placement on five different U.S. charts, and a #5 placement on the Billboard Hot 100 chart.

Since its release, McCain’s ‘I’ll Be‘ has become a popular wedding song so, again, not a surprise it was used in that scene on Roswell, New Mexico last night.

Listen to Edwin McCain’s ‘I’ll Be‘ from Roswell, New Mexico on his Misguided Roses album, and on the song’s official music video.

Almost 25 years since its first release, and it is still a helluva love song.