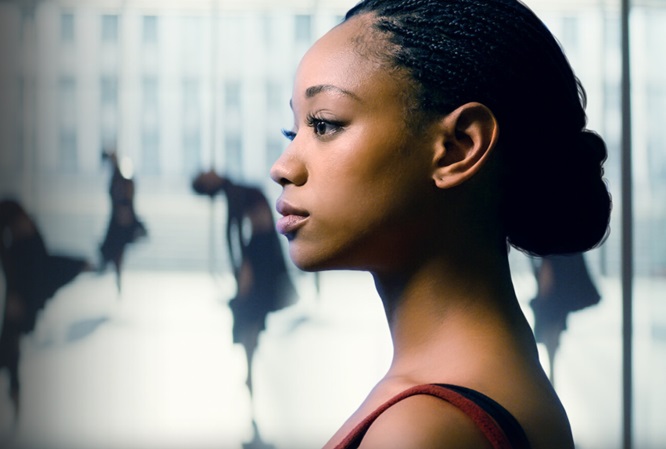 The pretty song was the track played at the end of the episode during the final scenes.


Emily Rowed’s ‘Glowing In The Dark‘ was co-written by Rowed and Luca Fogale.

It is from the Vancouver-based singer’s debut studio album April, which was released in 2019 via 604 Records, Inc. and was an excellent choice to wrap up that first crazy episode considering how lovely, mellow and calming it feels.

‘Glowing In The Dark‘ is not the first song the singer has had featured on hit TV series, however, as her music has also been licensed for series like The Order and Somewhere Between, as well for the movies A Midnight Kiss and No One Would Tell.

It is also one of two songs Rowed had featured on Tiny Pretty Things.

Tiny Pretty Things is based on the book of the same name co-authored by Sona Charaipotra and Dhonielle Clayton.

Lauren Holly plays the ballet school’s director Monique Dubois. (continue reading and listen to Emily Rowed’s ‘Glowing In The Dark‘ after the promo…)

Netflix describes the plot of Tiny Pretty Things like this:

The series is set in the world of an elite ballet academy and charts the rise and fall of young adults who live far from their homes, each standing on the verge of greatness or ruin. As Chicago’s only elite dance school, the Archer School of Ballet serves as the company school for the city’s renowned professional company: City Works Ballet.

The Archer School is an oasis for an array of dancers: rich and poor, from north and south, and a range of backgrounds. Yet they all share a rare talent and passion for dance, a loyal sense of community… and when it comes to their dreams, no Plan B.

Listen to Emily Rowed’s ‘Glowing In The Dark‘ as played on Tiny Pretty Things in the video and on her excellent debut studio album April below.

The first season of the show is currently streaming on Netflix. And yes with no surprise experienced as, sadly, the music featured in the show is much better than the show itself, it is being panned by critics.