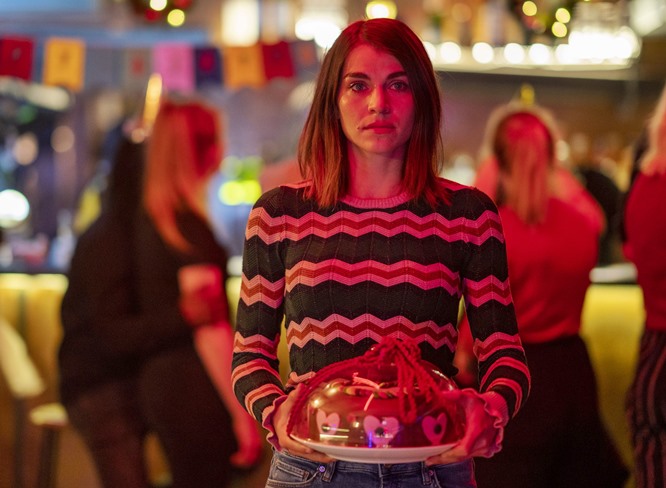 Season 2 of the hit Norwegian holiday-themed comedy drama series Home for the Christmas is back and, along with it, some stellar music from Swedish and Norwegian artists most of us probably haven’t heard before.

Take Emma Steinbakken’s ‘Without You‘, the devastating song that played on Home for Christmas, Season 2, Episode 1, “Elsker, elsker ikke” right after the Christmas dinner.

The song is currently a stand-alone single that appears on the Home for Christmas, Season 2 soundtrack, and is a track that is another standout on the show due to the song’s beautiful orchestral melody, and to Emma Steinbakken’s almost gravely sad vocals.

And, while it is hard to believe due to the maturity of her songs, Emma Steinbakken is a just 17-year-old Norwegian singer songwriter who writes all her own songs, including ‘Without You‘. (continue reading and listen to ‘Without You‘ below…)

As she told Enfnts Terribles in an interesting interview last year,

“I don’t write music for someone else. I write music for myself and if someone can relate, that’s really cool. I want to say things just as they are and want to be honest and open.

That’s when I think people can relate and I find a lot of help in music, so I hope that other people can do that too.”

Listen to Emma Steinbakken’s lovely song ‘Without You‘ from Home for Christmas below.

You should also check out a gorgeous live acoustic version of the track she performed for Filtr Germany back in January this year.