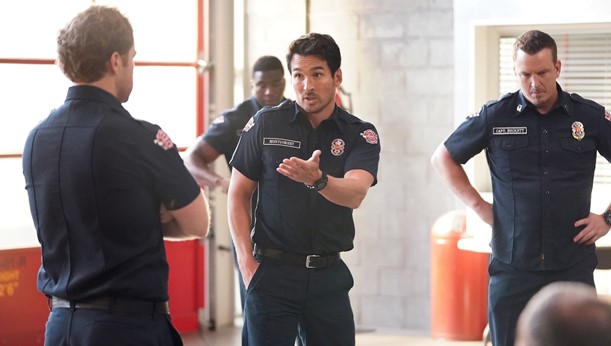 The song was played as Gibson is in the intervention, and is one of a number of songs Emmit Fenn has had featured on hit TV shows recently.

Fenn’s ‘Far From Here‘ is a song from the singer’s 2021 album Far From Here, which was released earlier this year via the TH3RD BRAIN record label.

It begins with utterly gorgeous strings, and then melds into a stunning ballad with a lovely piano-driven melody and Fenn’s rich vocals.

The song’s official music video is a heart-breaker.

It features a father whose adult daughter has died after a world in total environmental collapse, so he creates a robot that looks just like her. Late one night, he carries the robot back to his home in the middle of the desert, as she has apparently broken down.

After he places the robot on a bed, he goes to look at newspaper clippings about the robot. As he does so, we see the robot girl get up and look around the living room, until she comes across a photograph of the man’s daughter in dance clothes.

It is then she begins to dance. Dancing the same dance the man’s daughter danced, as the video switches backwards and forwards between the real girl and the robot — dancing the same moves.

The man walks back into the living room, sees the robot dancing and stops with a look of absolute devastation on his face. He then walks towards her, dances with her, takes her in his arms and hugs her.

The robot girl lets him as the camera swings back to his real daughter who has finished her dance and is now looking into the camera seemingly lost.

Listen to Emmit Fenn’s ‘Far From Here‘ as heard on last night’s Station 19 on his album Far From Here, and in that stunning music video.

Season 5 of Station 19 is airing on ABC.