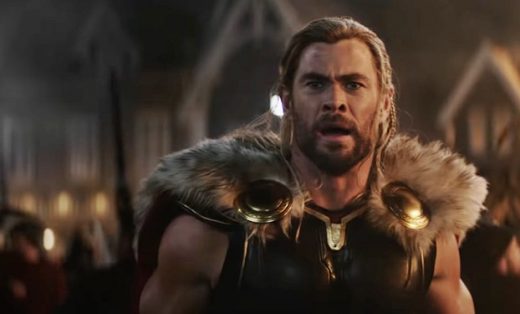 ‘Only Time‘, one of Irish singer songwriter Enya‘s signature songs, was one of the tracks played on the Thor: Love and Thunder soundtrack this week.

The song was released from the new-age singer’s fifth studio album A Day Without Rain in 2000, and quickly became one of the Irish artists biggest ever hits.


Enya’s ‘Only Time‘ hit #1 in Canada, Germany, Switzerland and Poland, as well as charted at #1 on the U.S. Adult Contemporary chart and on the Billboard Adult Top 40 chart.

It was also Gold in the UK, Italy, Switzerland, Germany, Austria and Denmark.

Since its release, the powerful new-age ballad ‘Only Time‘ has also been featured on popular TV series like Elementary, Yellowjackets, New Girl and Friends, and on movies like Deadpool 2 and Sweet November.

So it’s not surprising the music supervisor on Thor: Love and Thunder chose it as suitable for that hit film either, eh?

Listen to Enya’s ‘Only Time‘ from the soundtrack of Thor: Love and Thunder on the song’s official music video, and on the singer’s A Day Without Rain album.

RELATED: The Guns N’ Roses classic ‘Sweet Child O’ Mine‘ showed up on Thor: Love and Thunder, and it was fabulous — listen