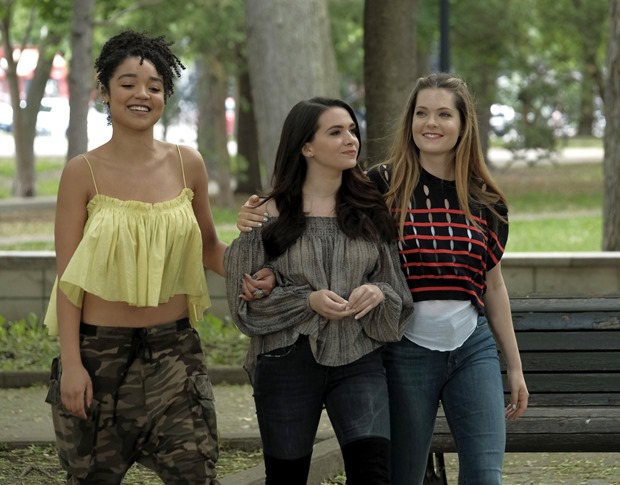 Australian pop singer and songwriter Evie Irie’s ‘Better Than This‘ was played on the new episode of The Bold Type this week — The Bold Type, Season 4, Episode 16, “Not Far From The Tree“.

The track was played as Sutton is at Jane’s apartment with Kat and Jane, drinking and enjoying herself.

Evie Irie’s ‘Better Than This‘ is currently a stand-alone single that has such a beautiful soulful and mature sound. So much so, it is difficult to believe Irie is still only 17-years-old and has already been signed with a major record label — Republic Records.

Since signing, she has released a five-track debut EP — 5 Weeks in LA — and several singles.

Irie has been writing songs and performing live since she was 12-years-old when she began to play at cafes in her hometown of Sydney, Australia.

By the time she was 15, her parents realized she was not only incredibly serious about her music career she was also darned good. That’s when they allowed her to move to Nashville to give her access to the opportunities that might skyrocket her career.

So far, they have.

Evie Irie’s ‘Better Than This‘ featured on The Bold Type is not the first music she has had songs chosen for major TV series either. She has also had tracks played on the soundtracks of The Rookie, The Hills: New Beginnings, Love Life, Siesta Key and another song on The Bold Type.

Listen to Evie Irie’s ‘Better Than This‘ below. You should also give a listen to her debut EP also below. It is equally lovely.