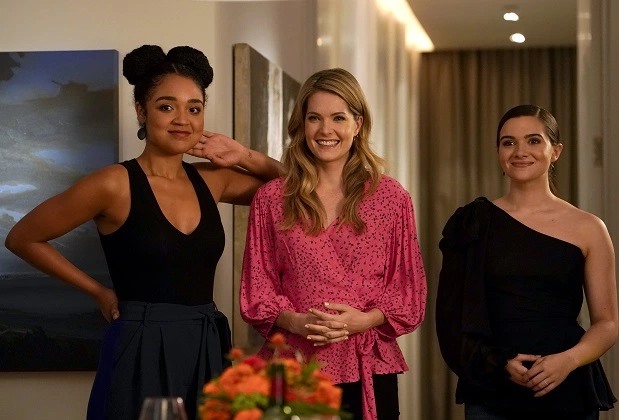 Australian indie singer songwriter and musician Woodes ‘This Is My Year‘ was featured at the end of the new episode of The Bold Type last night — The Bold Type, Season 4, Episode 14, “The Truth Will Set You Free“.

The song played during the scene where Sutton arrives at her apartment and talks to Richard about not wanting to have children.


Woodes ‘This Is My Year‘ is one side of a double-sided single the Aussie singer released in 2019, with the song ‘Canada‘ making up the two song release. Songs that were released on Woodes own record label.

Woodes, aka Elle Graham, released her self-titled debut EP in 2016. Since then, she has released two other EPs and over a dozen singles. She is currently working on her debut album, which is expected to be released sometime in 2020.

‘This Is My Year‘ being featured on The Bold Type is the second hit TV show feature for Woodes. Her song ‘Hunger‘ from her most recent EP Golden Hour received a lot of attention after it was chosen as the trailer song for the popular Netflix drama series Tidelands.

You can learn more about the indie singer, watch her music videos and listen to more of her gorgeous music on her official website.

And, of course, listen to her beautiful ‘This Is My Year’ from The Bold Type in the video below.