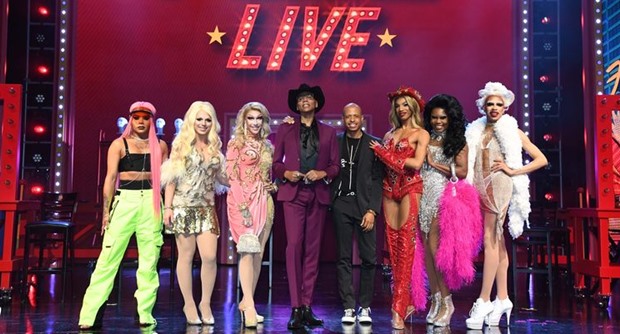 The track was played as Derrick, Nick and Mac finishes eating breakfast.

‘The Last of the Real Ones‘ is the third single from Fall Out Boy‘s seventh studio album Mania.

The song also came with an official music video that has a warning about its content being “graphic in nature”.

The video features band bassist Pete Wentz tied and gagged and lying in the truck of a car. Two others dressed in llama suits get out of one car and walk towards the car he is locked in.

One of them then proceeds to stab him repeatedly with a spade until the video ends.

Yep, that’s the sum total of the video. A video that probably cost the band about 50 bucks to make. And doesn’t that help prove you don’t have to spend a lot of money on a music video to get 30 million views!

Or, as one wit in the song’s YouTube comments section said:

Fall out boy: Has no idea what to do for the music video

According to Fall Out Boy, ‘The Last of the Real Ones‘ is a “love song” but “a f*cked up one”. I’ll say, if that video is anything to go by.

Listen to Fall Out Boy’s ‘The Last of the Real Ones‘ as featured on RuPaul’s Drag Race: Vegas Revue in that weird music video below.