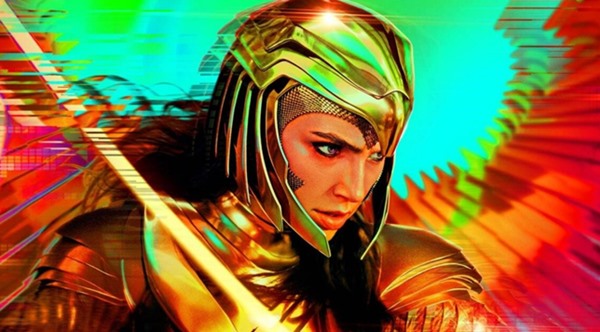 The English synth pop new wave band Frankie Goes to Hollywood’s ‘Welcome to the Pleasuredome‘ is one of the tracks featured on Wonder Woman 1984 — the new superhero movie written, directed and produced by Patty Jenkins.

The song is heard as Diana and Barbara arrive at the party.


Frankie Goes to Hollywood’s ‘Welcome to the Pleasuredome‘ was the title track and ultimately the fourth single from the indie band’s debut studio album of the same name.

Chart success for ‘Welcome to the Pleasuredome‘

Released in March 1985, the single was initially accused of being a song that glorified excess when, in reality, it was a song that spoke out against it.

The song also came with an extended quite extravagant for the times music video in which the band members steals a car, goes on a joy ride and then ends up at a carnival where they take part in pleasurable things that, in reality, turn out to be far from pleasurable. Proving, once again, the track’s message.

The band’s debut album was also a hit in the UK, debuting at #1 on the album chart, as well as overseas where it charted high in more than 10 other countries, as well as hitting the top spot on the European Top 100 Albums chart.

Listen to Frankie Goes to Hollywood’s ‘Welcome to the Pleasure Dome‘ as heard on Wonder Woman 1984 in the song’s official music video and on the band’s debut album below.

Wonder Woman 1984 starring Gal Gadot was released last Friday, and is currently streaming on HBO Max in the U.S. as well as in movie theaters internationally.