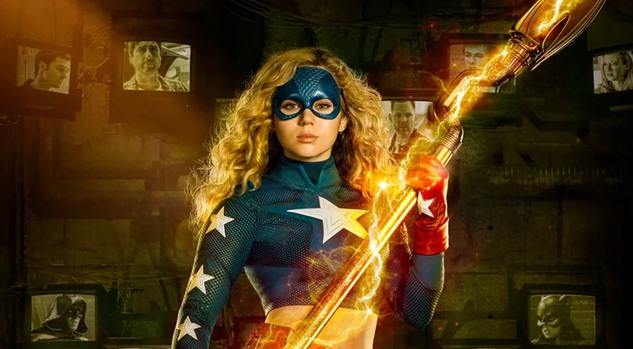 Future Islands, one of my favorite American bands, does not get anywhere near the music placements on hit TV shows they deserve.

That’s why, when Future Islands’ ‘Inch of Dust‘ showed up on DC’s Stargirl last night, I was thrilled.


The track was played on DC’s Stargirl, Season 3, Episode 13, “Chapter Thirteen: The Reckoning” during the scene where Courtney and Cameron reunite.

Synch pop band Future Islands’ ‘Inch of Dust‘ was released in 2010 on their second studio album In Evening Air, which came out on the indie record label Thrill Jockey.

The 9-track album was, sadly, not a big hit for the band, but songs on it did earn attention from a couple of TV show music supervisors.

That resulted in ‘Inch of Dust‘ and ‘Vireo’s Eye‘ both being used on the Shameless soundtrack, and ‘Swept Inside‘ being played on an episode of Fear the Walking Dead.

Future Islands was founded in Baltimore in 2006, but it wasn’t until 2014 when their single ‘Seasons (Waiting on You)‘ was released on their fourth album Singles that they hit the big time.

That song was named the best song of the year by several music critics, but it was their debut TV live performance of the song on Late Show with David Letterman that gained them that honor, and that also catapulted them to fame.

A performance lead singer Sam Herring received a lot of online abuse for because, you know, many people don’t like something that is that different or that gutteral. And a performance you should watch if you want to hear something that will give you fucking goosebumps.

For me, it was one of the best performances Letterman ever had on his show.

Listen to Future Islands’ ‘Inch of Dust‘ as heard on DC’s Stargirl in the video, and on their In Evening Air album below, because a band this talented should have far more people being aware of what they create.

Learn more about the band via their official website.