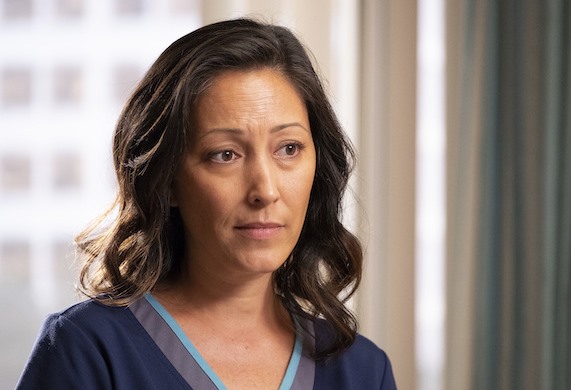 While I have been bored with the drama for quite a while now, so tend to skim the show, the music is still pretty stellar.

That rock track was played as we saw Dr. Lim turn the volume up on the music to escape reality, and her PTSD, for a while.

The song features vocals by TOMI. (continue reading and listen to Future Royalty’s ‘Keep Diggin’ Up Dirt’ after the promo…)

Listen to Valerie Broussard’s ‘Hold On to Me’ from The Good Doctor, Season 4, Ep. 4

As for Future Royalty, don’t go looking for a musician or a band. Instead, according to their Facebook page, they are “A creative collective of producers and recording artists who turn it up and rip the knob off.”

A bit trite of a description but, if what they produce is this cool, then the rest of their music is definitely worth a look.

Especially as it is different people working on different tracks, with a wide variety of genres covered by them.

Listen to Future Royalty’s ‘Keep Diggin’ Up Dirt‘ as heard on last night’s The Good Doctor in the video below. You’ll get more of their music on Spotify.

Season 4 of The Good Doctor is currently airing on ABC.