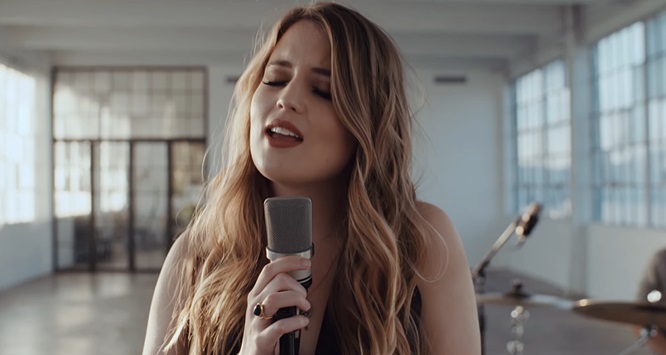 American indie pop rock singer songwriter Valerie Broussard’s ‘Hold On To Me‘ was the latest cool song featured on the soundtrack of the medical drama The Good Doctor last night — The Good Doctor, Season 4, Episode 4, “Not the Same“, which aired on November 23rd, 2020.

The powerful track was heard as Billy wakes up from the surgery to remove his skin cancer lesions. It is a little different than many of Broussard’s other releases, which tend to be quite dark, considering this one is much more upbeat.


Philadelphia-native Valerie Broussard’s ‘Hold On To Me‘ was released in 2018 as one of many singles she has released in the last couple of years.

Songs that have been featured in TV shows as diverse as Chilling Adventures of Sabrina, Lucifer (many times), Pretty Little Liars, Station 19, Grey’s Anatomy, Riverdale, Magnum P.I., Sweet Magnolias and Batwoman and in trailers for shows on the BBC and HBO. (article continues below…)

Listen to Valerie Broussard’s ‘Hold On To Me‘ as played on The Good Doctor in the video and Spotify widget below and, of course, follow her on Spotify and on Deezer.

After all, her songs are addictive, with most being a perfect soundtrack for those days when you are feeling more than just a little gloomy.

And, for a superb live performance of ‘Hold On To Me‘, do watch Broussard’s elegant acoustic version recorded at Casement Studios down there too.

Because there is no doubt she can sing.