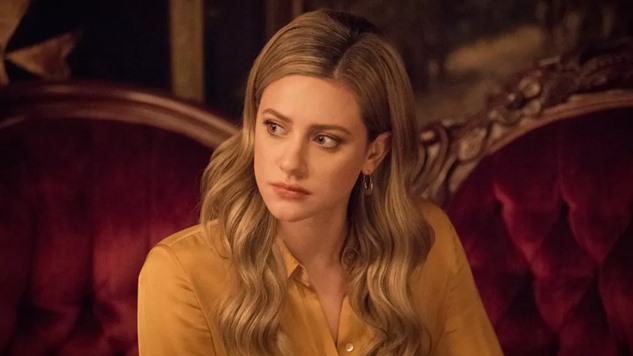 The track was heard as Archie and Betty are having sex.

Glass Animals’ ‘Dreamland‘ is the third single and the title track from the band’s 16-track third studio album, which was released in 2020 via the Polydor and Republic record labels.

The album is the first full-length release from the Oxford-founded band since 2016, and was created after Joe Seaward, the drummer of the band, spent time in hospital with a brain injury sustained in a cycling accident.

While Seaward’s injuries were life-threatening, he did eventually recover from his injuries, and then helped create Dreamland — an album that was based on lead singer Dave Bayley’s memories of his Texas childhood.

Dreamland went on to chart in 12 countries, making it to the top spot on the Billboard Top Rock Albums chart in the U.S., #2 on the UK Albums chart, and #3 in Scotland.

The video then changes to the setting up of the video as we see items for the set being delivered, and realize it was all built in his apartment and filmed while he was in quarantine in London early last year.

Glass Animals filmed another Covid lockdown-mandated video for their song ‘Heat Waves‘ (see promo above) that is also well worth a watch.

Listen to Glass Animals’ ‘Dreamland‘ from Riverdale in its fun music video below, and on the band’s latest album.