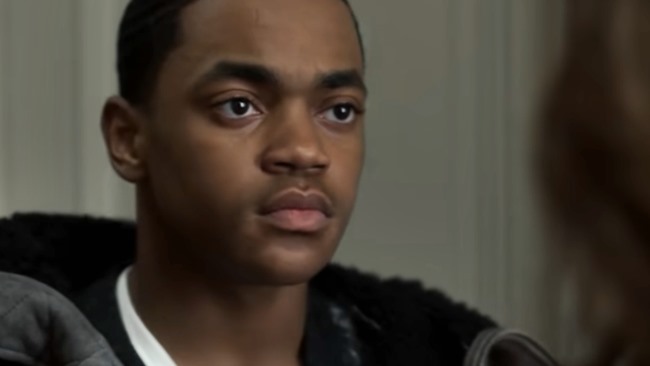 The song was played as Jabari and Carrie are in the office together again.

Goapele’s ‘Undertow‘ was originally the fourth single released from her fourth studio album Break of Dawn.

Released in 2011 via her own indie record label Skyblaze and Decon Records, it was the first album recorded by Goapele after a break of five years away from the music industry.

Music critics at the time noted how much more sensual and sophisticated Goapele’s music was from her old work to this new release.

All of it also seemed to come with more self-confidence, and with her decision to move away from manipulation by people in the music industry to do what she wanted to do instead.

Since then, Goapele has released two other studio albums, with her last, DreamSeeker, seeing the light of day in late 2017.

Goapele, aka Goapele Mohlabane, is the daughter of a father who was a South African exiled political activist and an American Israeli mother.

She grew up in the United States, but in a South African exile community in California.

Listen to Goapele’s ‘Undertow‘ as featured on Power Book II: Ghost. The song was co-written by Goapele and James Ho.

Power Book II: Ghost is currently airing on Starz. The series is so successful for the network, with more than half the first season still to go, it has already been renewed for a second.