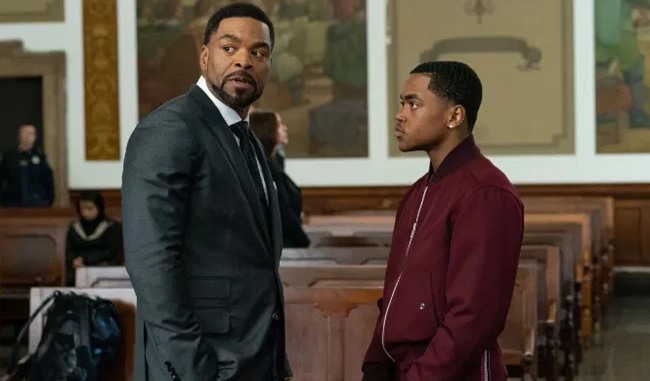 The track was heard as we see Cooper Saxe looking at the photograph of Tariq (Michael Rainey, Jr), and then was played again over the end credits.

NoLuv Nevo being featured on Power Book II is probably a massive deal for the talented hip hop singer as well.

Because not only is ‘Chase It‘ the first song he has ever had featured on a hit TV series but, come on, he’s already hit the jackpot as you don’t get much better TV shows than Power Book II to get your music showcased on, eh?

Listen to NoLuv Nevo’s ‘Chase It‘ in the Spotify player below.

The track is also the first single he has had streaming on Spotify and, with only 1 listener when I hit Spotify this afternoon, he really is brand new to that platform.

No worries though, because making this high-caliber of hip-hop/rap music, NoLuv Nevo is bound to have thousands of listeners by the end of the day.

As for Power Book II: Ghost, the show is so popular on Starz, just four episodes in and it has already been renewed for a second season.

Check the hit show out on Starz.

The mid-season finale is scheduled to air on October 4th, with the remaining five episodes airing later in the year due to a shooting schedule delay because of COVID-19.