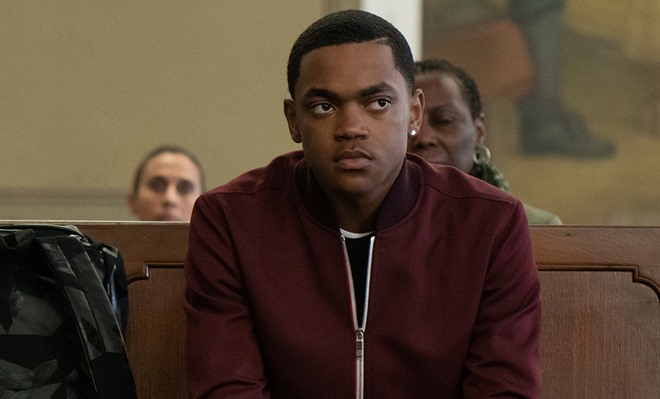 After a short break, the first season of the hit Starz drama series Power Book II: Ghost is back with four more episodes and with its usual awesome music on the show’s soundtrack.

On this week’s episode, we were treated to American rapper Gucci Mane’s ‘12 Days of Christmas‘, which played on Power Book II: Ghost, Season 1, Episode 6, “Good vs Evil“.

The track was heard in the background as Brayden was out on the street selling drugs to young black men.

Gucci Mane’s ‘12 Days of Christmas‘ was released in December, 2019 on his mixtape East Atlanta Santa 3.

The track was written by Gucci Mane, aka Radric Delantic Davis, in collaboration with his producer J. White Did It and Peter Wilhousky.

The song was not one of the two singles released from the album, however, which is surprising as it is a standout track.

Gucci Mane’s East Atlanta Santa 3 was released via the Atlantic record label and summarily charted on the Billboard 200 chart at #68. (continue reading and listen to Gucci Mane’s ‘12 Days of Christmas after the promo blurb…)

Gucci Mane himself is a pioneer of the trap music movement.

His debut album Trap House is one of the best created in the early 2000s, and proved that by hitting #20 on the Top R&B/Hip-Hop Albums chart and #5 on the Top Independent Albums chart.

That set the rapper off on a course of releasing a slew of trap/Southern hip hop albums, which culminated in his sixth studio album The State vs. Radric Davis hitting the #1 spot on the Top Rap Albums chart and ultimately being certified Gold.

Listen to Gucci Mane’s ‘12 Days of Christmas‘ from Power Book II: Ghost in the video and on his East Atlanta Santa 3 album below.

The first six episodes of Season 1 of Power Book II: Ghost are currently airing/streaming on Starz.