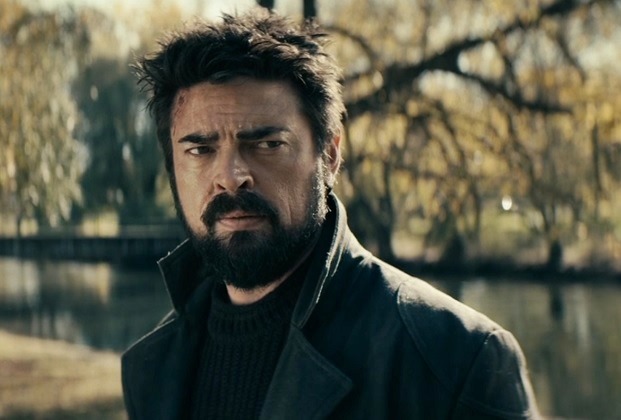 French rapper, singer and songwriter Guizmo’s ‘André‘ showed up on the second season finale of The Boys last night — The Boys, Season 2, Episode 8, “What I Know“.

The track was played as The Boys are getting ready for combat with the supes, and continues as they are leaking information about Stormfront’s true nature to the media.

The prolific rapper and Paris-native, aka Lamine Diakité, currently has eight other solo studio albums out, with his latest GPG2  — a massive double album — being released earlier this year.

He chose his moniker as a derivative of the Gremlins movie character Gizmo.

Listen to Billy Joel’s ‘Only the Good Die Young’ from The Boys finale, Season 2, Episode 8

As for The Boys, that series concluded its second season last night with a surprise ending and a pretty weird twist. It also ended with The Boys having some kind of a victory.

Even if we know, as soon as Season 3 kicks off, that will probably pretty quickly disappear.

Speaking of Season 3 of The Boys, it has already been greenlit by Amazon, so expect that to show up on Prime sometime next year. There is also talk of a spin-off in the pipeline as well, so we could be getting quite a bit more of The Boys next year. Yay!

Until then, enjoy Guizmo’s ‘André’ from last night’s finale.