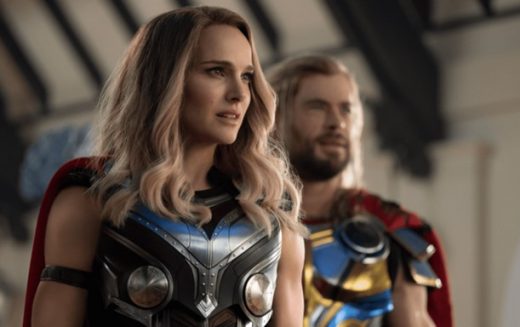 When it comes to Guns N’ Roses songs, while I love the other songs from the band played on the Thor: Love and Thunder soundtrack this weekend, Guns N’ Roses’ ‘November Rain‘ is my personal favorite release of everything the prolific American rock band has put out in its 35-year-plus history.

Because Guns N’ Roses’ ‘November Rain‘, and its gorgeous music video, reminds me of the relationship a friend of mine had with his late wife.


And how, when she died and left him with two little boys to bring up alone, he must have looked and felt the same way Axl Rose did as he grieved for his dead wife in that video masterpiece.

Guns N’ Roses’ ‘November Rain‘ was released as the second single from the band’s third studio album Use Your Illusion I.

It quickly charted at #3 on the Billboard Hot 100 chart, which was surprising at the time as the song’s almost 9-minute length was almost unheard of for a single back then.

RELATED: Guns N’ Roses’ ‘Sweet Child O’ Mine’ just one of the band’s songs played on Thor: Love and Thunder

The music video for the song, starring Rose’s then-girlfriend super model Stephanie Seymour, only served to make the song an even bigger hit.

Listen to Guns N’ Roses’ ‘November Rain‘ as played on the Thor: Love and Thunder soundtrack in that gorgeous music video, and on the rock band’s Use Your Illusion I album.

The video, by the way, has almost 2 billion views on YouTube so far, and counting.