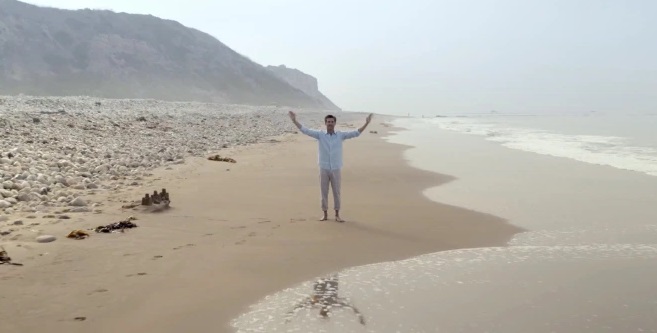 The song was played at the beginning of the episode and was written by Hannah Scott and her creative partner Stefano Della Casa.

It is the first song she has had licensed for a hit American TV series, so likely quite a big deal for the singer herself.

As it should be, because it is not just that her song was chosen for Grey’s Anatomy but that it is utterly gorgeous — with music and lyrics that are absolute standouts.

Hannah Scott’s ‘No Gravity‘ is from the British singer’s 8-track debut album Pieces of the Night, which was released in 2018. (article continues below…)

Listen to The War and Treaty’s ‘Take Me In’ from Grey’s Anatomy, Season 17, Episode 3

Hannah herself said about writing the song — the last single from her debut album:

“‘No Gravity’ is about that place or person that when you come into their contact everything just falls into place and nothing else matters; a feeling of belonging, completely. It feels fitting to be releasing this as the final single before the album.”

Listen to Hannah Scott’s ‘No Gravity‘ from Grey’s Anatomy in the song’s official music video and on her debut album in the Spotify player below.

And, as you listen, take notice of this. Hannah Scott has one of the clearest, most beautiful voices I have heard in a long time. One of those voices you sometimes hear soaring high above a British church choir.

It is amazing to me she is still as unknown as she is, and astounding that, until Grey’s Anatomy, I had no idea she even existed.