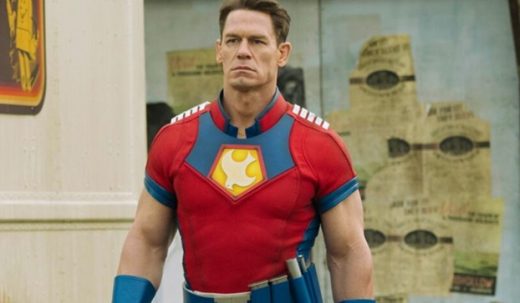 The song was played on the episode as Peacemaker puts a CD in the player, and later as the gang is getting back in the truck.

It was one of two songs from the Finnish band played on this week’s Peacemaker episode, as the band’s ‘Fallen Star‘ was heard later in the same episode.

Hanoi Rocks was founded in 1979 and stayed together until 1985, when they broke up not long after the band’s drummer Nicholas “Razzle” Dingley was killed in a drunk driving crash in a car driven by lead singer Vince Neil.

Both men were drunk when they left a house where they were partying with the band to go and pick up more booze, with Neil ultimately driving into an oncoming car. Both people in the other car were seriously injured, and Dingley was killed outright in the crash.

Unfortunately, this was just the beginning of a long list of arrests for Vince Neil for legal problems such as assault, assault and battery, disorderly conduct, and even other drunk driving charges years after the accident in which Dingley was killed.

Some people never learn, it seems.

A shame really, as Hanoi Rocks produced some of the best rock music coming out of Europe during their heyday, but the death of Dingley broke them.

And yes, the band did have somewhat of a reformation in 2001 when Michael Monroe and Andy McCoy decided to get the band back together but, as they were the only members left with any interest, they recruited other musicians to join them.

That reiteration of Hanoi Rocks stayed together until 2009, when it finally broke up for good.

Listen to Hanoi Rocks’ ‘11th Street Kids’ from Peacemaker, on the Finnish band’s debut studio album and in the video.

You can listen to more music from Peacemaker (and the show features a helluva lot of excellent songs on its soundtrack) on Leo Sigh.