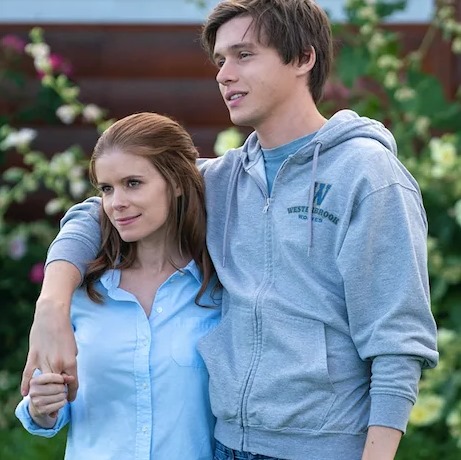 British trap artist and producer Hucci’s ‘Hustle‘ was one of the songs played on the soundtrack of the FX on Hulu drama series A Teacher last night — A Teacher, Season 1, Episode 7, which aired on December 8th, 2020.

The banging trap track was playing as Eric has started his first year of college, and is at a frat party and talking with Cody about Claire.

Hucci’s ‘Hustle‘ is from his nine-track debut EP Novacane, which was released in 2012. It was the first of a slew of releases that led to his big breakthrough track ‘HITTA‘, via a video that became an enormous hit on YouTube.

Due to vastly-increased interest from then on, Hucci set off to play shows all over the world which, while doing so, also earned him a huge number of new fans.

Bizarrely, however, until now Hucci’s music has not come to the attention of music supervisors for any of the popular hit TV shows. With the inclusion of his track ‘Hustle’ on A Teacher, hopefully that will now change. (continue reading and listen to Hucci’s ‘Hustle‘ below….)

Listen to Rostam’s ‘Half-Light’ from A Teacher, Season 1, Episode 6

Listen to Hucci’s ‘Hustle‘ as played on A Teacher in the video and on his EP Novacane below.

The miniseries A Teacher is based on a film of the same name.

It stars Kate Mara and Nick Robinson, with episode 10, the last episode of the series, due to begin streaming on December 29th.