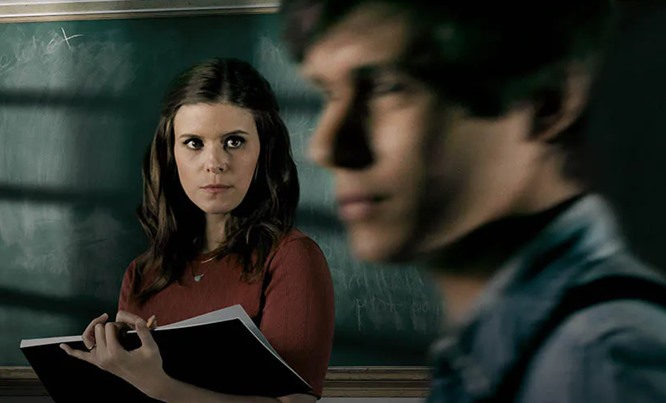 American songwriter and composer Rostam’s ‘Half Light‘ was one of the tracks played on last night’s extremely unsettling episode of the drama series A Teacher — A Teacher, Season 1, Episode 6 — which aired on December 1st, 2020.

The melancholic and quite devastating song also features vocals from Kelly Zutrau of the indie pop band Wet.


‘Half-Light‘ was heard as Claire (Kate Mara) is at the hotel and wakes up to find Eric (Nick Robinson) has left. It continues as Eric is seen back at home.

The track is from Rostam’s debut solo album of the same name, and was the sixth single released from it.

The Half-Light album was released in September, 2017 via the Warner Music-owned record label Nonesuch, and was the first release after Rostam, aka Rostam Batmanglij, left Vampire Weekend, the band he was part of founding.

Even though it was released within a year after he left Vampire Weekend, most of the 15 songs on the album (19 tracks on the vinyl release) had been written up to 10 years previously.

While it was not an enormous success for Rostam, it did chart on the U.S. Heatseekers Albums list in the #6 spot and was generally well-received and reviewed by music critics. (continue reading and listen to Rostam’s ‘Half-Light‘ below…)

Listen to Mikky Ekko’s ‘Stay’ from A Teacher, Season 1, Episode 5 — emotional and sad

Listen to Rostam’s ‘Half-Light’ featuring Kelly Zutrau in the lyric video below. You can also hear the artist’s first solo album on the Spotify player below that.

And do listen, as most of the tracks on the album are equally memorable.

The drama series A Teacher is currently streaming on FX on Hulu, with four more episodes still to be released in the first season.