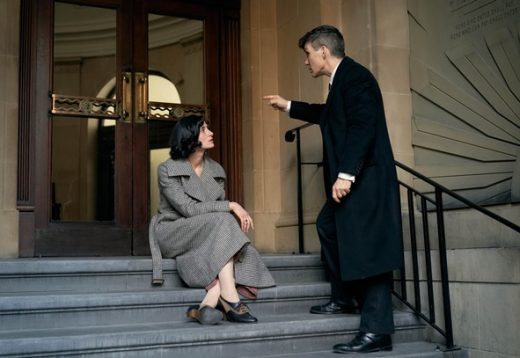 The track is from Idles’ third studio album Ultra Mono, which was released via the Partisan record label in September, 2020.


It was the sixth single released from the 12-track album.

An album that was placed on the Best Albums of 2020 lists of several major music critics, including at Mojo, Consequence of Sound and Louder than War.

Ultra Mono went on to chart in 13 countries, while also hitting the #1 spot on the UK Albums chart, and #6 on the Top Albums chart in the United States.

As for Idles’ ‘Kill Them with Kindness‘, that track begins with a lovely piano instrumental intro, only to morph quickly into a massive indie rock anthem that is a glory to listen to.

No wonder the Peaky Blinders music supervisor liked it so much, eh?

‘Kill Them with Kindness‘ also came with an official black and white animated music video that is as quirky and cool as the song.

Listen to Idles’ ‘Kill Them with Kindness‘ as heard on Peaky Blinders in that music video, and on the band’s Ultra Mono album.